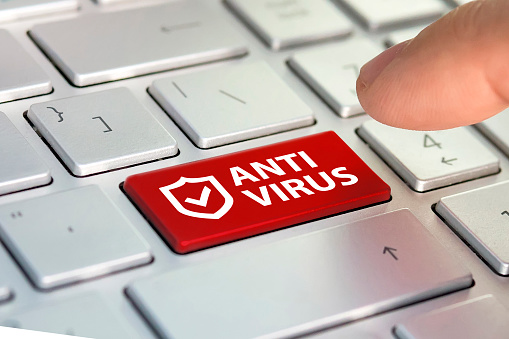 The scanner module is responsible for scanning the computer for “viruses” on a schedule or at the user’s request. This article will consider the best online virus scanners.

Antivirus scanner: how does it work?

Viral attacks can cause various failures – “hang” of the system, computer crash, deterioration of productivity, leakage of personal information. Most often, a computer infected with virus programs is difficult to turn on, running even one program on it is problematic. Such “symptoms” are familiar to every user of computers – PCs and laptops.

The number of infected computers and laptops is growing every year. Users will forever lose their data due to ransomware, and Trojans are leaking confidential information into the network. Computer masters make huge profits by asking for a lot of money for their services. The topic of security has become more relevant than ever.

Antivirus scanners are the most popular software tools for detecting and neutralizing viruses. Not inferior in functionality and a number of tasks, they are followed by CRC scanners. Often, both methods considered by us are combined into one program, which has the best detection quality and processing speed of infected files. At the moment, such necessary elements as blockers, immunizers, monitors, Sandbox, and Cloud Security technologies are often used.

The most popular and effective antivirus programs are antivirus scanners, CRC-scanners (auditors). There are also antivirus blockers and immunizers.

Pros and cons of Antivirus scanners

The principles of antivirus scanners are based on checking files and detecting malicious code in them, sectors of RAM, bitwise “passage” of the file, as well as reconciliation with the database of signatures of the antivirus scanner. So-called name masks and hash code amounts are used to search for popular viruses. A virus mask is a sequence of code specific to that particular virus, that is, it contains a sequence of elements in the virus code. If the virus does not contain a mask or the length of its code exceeds the number of characters contained in it, then other detection methods are used.

Many scanners use heuristic scanning algorithms, sequence analysis in the object being inspected, a set of required statistics, and an initial decision for each object being inspected. The advantages of scanners include their lightness, versatility, speed, and low impact on the operating system, the disadvantages – the “heavy” size of antivirus databases, which scanners have to “carry”, and some have a slow virus scan.

Scanners can also be divided into two categories – “universal” and “specialized”. Universal scanners are designed to search for and neutralize all types of viruses, regardless of the operating system in which the scanner is designed. Specialized scanners are designed to neutralize a limited number of viruses or only one class, such as macro viruses.

It also should be mentioned that there are online scanner services that allow you to check your computer connected to the Internet for viruses. They work with ActiveX or Java technology. Their advantage is the ability to find and treat infected files on the fly without installing antivirus software. The main disadvantage of this type of service is the lack of prevention and monitoring of infection.